How Does A Solar Panel Work?—The Science Behind Solar Energy! 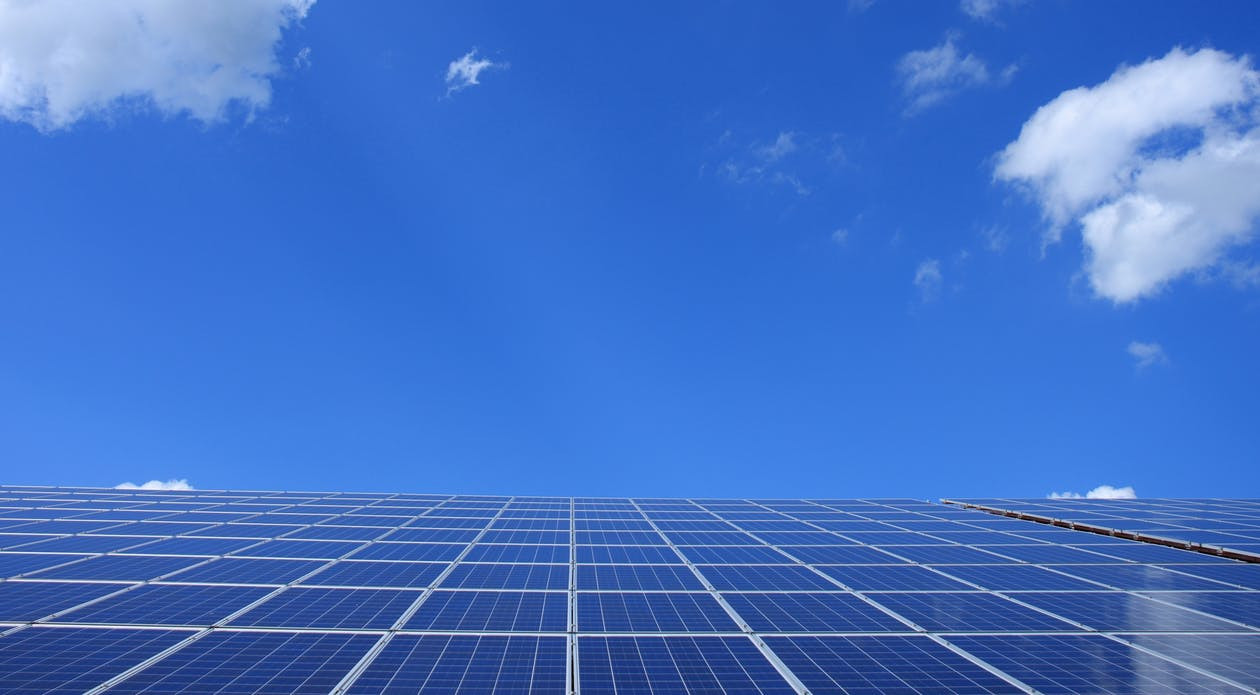 How Does A Solar Panel Work?—The Science Behind Solar Energy!

Solar panels are comprised of photovoltaic cells that transform the sun's energy into electricity.

Sandwiched between layers of semiconducting materials such as silicon are photovoltaic cells. Each layer possesses distinct electrical characteristics that are energized by photons from the sun to generate an electric field. This phenomenon is known as the photoelectric effect and is responsible for generating the current required to generate electricity.

Solar panels create a direct electric current. An inverter then converts this into an alternating current that may be supplied into the National Grid or utilized by the home or business to which the solar panels are attached.

What Is The Science Behind Solar Energy?

Many individual photovoltaic cells (photovoltaic cells can turn sunlight into energy) make up solar PV panels. Semi-conductive materials, such as silicon, are used to construct these cells because they can conduct electricity while still retaining the electrical imbalance required to generate an electric field.

The semiconductor in a solar PV cell absorbs light from the sun and releases several electrons that may be utilized to power an electric generator. Layers of positive and negative charge semiconductors are used to build the solar cell's structure and provide the electric field needed to charge electrons. The electric field attracts the free electrons and guides them to the metal plates that line the cell so that they can return to their source. An energy current describes this movement, and its strength determines how much energy each cell can generate. Once the freed electrons contact metal plates, they may flow via wires like in any other electric generator.

Cables carry the power generated by the solar panels to the inverter. Direct current (DC) electricity is what solar panels produce, while alternating current (AC) energy is what most people use to power their homes and businesses. An inverter converts it to AC power to make the DC power source suitable for use in standard applications.

After the electricity is turned into a usable condition (AC power), it is delivered from the inverter to the electrical panel and dispersed throughout the building as needed. Lights, appliances, and other electrical items may now be easily powered by the sun.

While the underlying science of solar is complex, anybody can explain why it makes sense for a business or property owner to invest in solar panels. If you're curious whether a solar solution is ideal for your company, a solar developer can explain all the advantages and help you get started.

What Is The Working Principle Of A Solar Panel?

Solar photovoltaic hybrid cells are created by mixing crystalline and non-crystalline silicon. Although they are more efficient than ordinary solar cells, their production process is intricate.

Effects Of Sun Exposure On The Efficiency Of Solar Panels

A PV cell from Orlando Solar Company does not convert all of the sunlight that reaches it into power. The majority of it has been gone. Various design issues constrain the inability of a solar cell to convert the sunlight it receives. By designing with these considerations in mind, more efficiency may be attained.

Step one is fixing the Solar Panel mounting structures with the help of Solar Energy Company Orlando. Roof-ground or flush mounts can be used, depending on the situation. This skeleton of a design is sturdy and long-lasting. PV panels (monocrystalline or polycrystalline) are installed in one of two ways. In countries in the Northern Hemisphere, solar panels should face south to maximize their exposure to sunlight. The directions east and west are equally acceptable. Countries in the Southern Hemisphere would do well to look north.

The solar panels are then fastened to the mounting structure. Bolts and nuts are tightened to achieve this. The entire structure is meticulously fastened to ensure its longevity and resilience.

The next step is to run the electrical cable. Since not all solar panels are created equal, universal connections like the MC4 are used during the cabling process.

After connecting the solar battery and grid input, the solar inverter may begin producing electricity.

The next step is to link the solar inverter to the solar battery. When using an inverter, the battery's positive terminal must be connected to the inverter's positive terminal, and vice versa. An off-grid solar system can't function without a battery to provide emergency power.

Now that everything is wired and connected, you may flip the inverter switch to "ON" and turn on the main power to the house. Most solar inverters will include an electronic display detailing power production and consumption.

How Does Sunlight Operate With The Photovoltaic Effect?

A photovoltaic cell comprises semiconducting materials that absorb photons released by the sun and produce an electron flow. Photons are basic particles that transport sun energy at 300,000 kilometers per second. Albert Einstein referred to them as "light grains" in the 1920s. When photons impact a semiconductor material such as silicon, the electrons are ejected from the atoms, creating an empty vacuum. The wayward electrons wander aimlessly, searching for another "hole" to fill.

However, the electrons must move in the same direction to generate an electric current. This is accomplished utilizing two distinct forms of silicon. The exposed silicon layer is doped with phosphorus atoms, which have one more electron than silicon, while the opposite side is doped with boron atoms, which have one fewer electron. The resultant sandwich functions similarly to a battery: the layer with excess electrons becomes the negative terminal (n), while the side with an electron shortage becomes the positive terminal (p). At the boundary between the two layers, an electric field is produced.

When photons stimulate electrons, an electric field sweeps them to the n-side, while holes drift to the p-side. Electrons and holes are guided to the electrical contacts attached on both sides before transferring their electrical energy to the external circuit. The result is direct current. The top of the cell is coated with anti-reflective material to reduce photon loss due to surface reflection.

What Are The Benefits Associated With Implementing A Solar Panel?

Why Should You Have Solar Panels Installed On Your House?

One of the primary reasons people investigate solar panels is to reduce their utility bills. Even if the quantity of solar panels you install is insufficient to meet all of your electricity consumption, you can offset a portion of your expenses. Part electric providers permit households to sell some of their excess energy back to the business. The extra energy sold back to the firm is typically applied as a credit against future electric expenditures. And if you have a reliable solar generator, you may anticipate much more.

Regardless of location, the price of power is rising. Most homeowners experience this monthly. Unfortunately, the cost of utilizing power will continue to rise in the near future, which will result in higher electric bills. Installing solar panels from Bakersfield is comparable to purchasing insurance against rising power prices. The capacity to generate one's energy eliminates the need to buy expensive electricity from utility corporations.

Even while the price of power is increasing, the cost of installing solar panels is decreasing. Over the past decade, installation costs have been reduced by more than 50 percent worldwide. More homes have access to solar energy due to the decrease in installation costs. Most local governments give incentives to homeowners who put solar panels on their houses.

Before you decide to purchase solar panels from  Solar company Orlando for your house, there are several variables to consider. As previously said, there is a rather big selection of solar panel types to choose from; thus, you must discuss your unique energy requirements and budget with a solar specialist like us before making your final decision.

We can advise you on the optimal angle, orientation, and panel size for optimum solar panel output. Generally, a 5-kilowatt solar panel would be sufficient for a family dwelling. Contact us today!