What Is a Solar Inverter and You Do You Need?

Emerald Sun Energy / Solar Energy Orlando / What Is a Solar Inverter and You Do You Need? 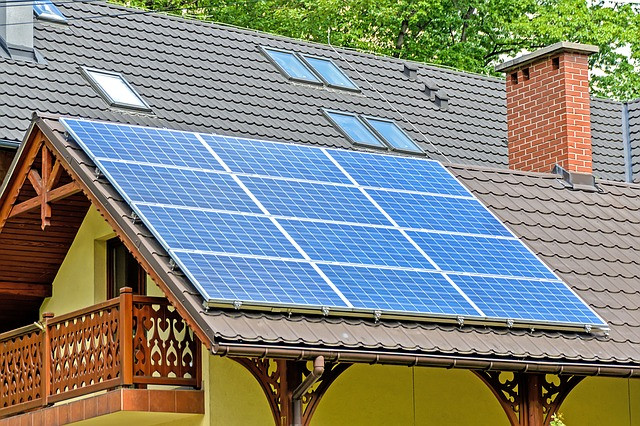 If you're considering solar power, you might find yourself asking yourself "what is a solar inverter?". Well, you're in the right place to find the answer.

In essence, a solar inverter is a device that helps alter your electricity current for mainstream use. But that's not all it does.

In this article, we will cover everything you need to know about solar inverters. So that you can decide if you would like for your own solar system.

Whenever you're ready to acquaint yourself with the power of a solar inverter, keep reading.

What Is Solar Inverter?

A solar inverter is defined as a type of electrical device that modulates the dysregulated direct current output of a solar panel into alternating current. This type of currency can be subject to use for various applications, such as an off-grid network for electricity.

In PV systems, a solar inverter is a balance of a system that allows the use of normal alternating current devices. These inverters very variable functions, starting with the prevention of anti-islanding and power point tracking.

If you're using a solar system as part of your home, the installation and selection of the device are very important. The principle by which a solar panel inverter works was already mentioned.

The power generated will range anywhere from 240V to 600V. This conversion is done via insulated gate bipolar transistors in most cases. When the solid-state entry of these devices is in H-bridge form, it oscillates the current from DC to AC.

A step-up transformer is usually used so that AC power feeds to the grid after the acquisition. A few entities have started to employ inverters without a transformer, which can prove to be more efficient when compared against transformer-equipped inverters.

In all solar edge inverters, a programmable microcontroller is used to push various function algorithms with precise predictability. The controller improves the output power from teh panel via maximum power point tracking.

A step-up transformer is employed so that the AC power can be subject to acquisition and feeding to the grid. A few designers have started designing inverters without a transformer which has high efficiency as compared with the inverters which have a transformer.

Now that you know what is a solar inverter, let's examine the various existing types of technologies used in them.

Solar inverters fit into classifications of various kinds. There's no preset standardized type of solar inverter that is a one-size-fits-all solution to all solar setups.

A string inverter is subject to form as a string, where many other strings are jointed to a single inverter. Each string has DC power and modulates into AC power.

Based on the size of the setup, you might have several string inverters with each string getting DC from other strings. These inverters are great for setups in which panels are installed on the same plane facing the same direction.

String inverters are also used with power optimizers, as well as each solar panel. Manufacturers of panels use these technologies and sell them as a single solution, known as a smart module.

Power optimizers are beneficial just like microinverters, but they don't cost as much.

Central inverters are relevant to string inverters, but they are larger and support a greater number of strings. Rather than having the string open, the strings are joined in a single box so the DC power runs into the inverter where it is transformed.

The inverters needles of the component connections will need a combiner box and pad that is suitable for large installations on production arrays. The range of central inverters goes from MWs to many KWs. They can handle up to 500kW in the area.

These inverters are not used for homes, but they are more common in utility-scale solar farms and commercial projects.

Microinverters are great for residential and commercial projects alike. Just like power optimizers, these are module-level technologies. Hence, each inverter is installed on each panel.

Microinverters transmute DC to AC at the panel, so there is no need for a string inverter. Due to panel-level conversion, if the panel performance is shaded, the residual panels are not exposed.

The inverters will monitor the single panel function. This is unlike a string inverter in which the act of each string is necessary for good panel installation. By using microinverters, lots of benefits come from solar optimization.

Battery inverters are getting quite common now. These have a battery charger and inverter, they are unidirectional. The operation of these inverters is subject to assistance with a battery.

The inverters are grid-interactive, grid-tied, and off-grid. The primary benefit of such inverters is that they give a continual function for critical power loads of the grid.

In all cases, the inverters handle the power between the array and grid while simultaneously charging the batteries. They also monitor the battery status and regulate how the battery charges.

The hybrid inverter is a multi-mode inverter, it allows the use of batteries as part of the solar power system. It provides an interface for the battery via DC coupling.

Electronics in this inverter manage the discharge and charge of the battery.

Pros & Cons Of A Solar Inverter

With the use of a solar inverter, the energy depletes the greenhouse effect. With solar products, you also save money on utility bills.

The solar inverter helps your solar system be reliable for electronic use via DC to AC transmutation. The inverters are great for businesses that want to reduce their energy needs.

Inverters are multifunctional with many functions for large energy consumers who want to optimize costs. Inverters are easily maintained and they work very well with regular maintenance.

Disadvantages of Solar Inverter
The primary disadvantage to using a solar inverter is that it can be expensive for many people. Sunlight is a necessary part of electricity efficiency, without it the inverters are useless.

Inverters often require lots of free space for safe installation. Some inverters also require a battery for night-time functionality, which can be problematic for some people.

Solar Solutions for You

Now that you know what is a solar inverter, you are that much closer to deciding if you would like to have one as part of your system. However, some of you might not even have a solar setup yet.

If that's the case and you're interested in installing solar for your business or home, get in touch with us and we will happily accommodate your needs.