How Does Your One Decision Make a Powerful Impact on Utility Bills and Environment?

Emerald Sun Energy / Solar Panels Orlando / How Does Your One Decision Make a Powerful Impact on Utility Bills and Environment? 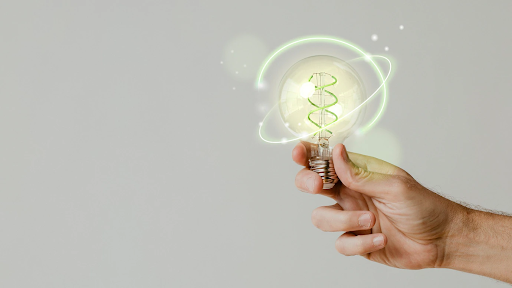 How Does Your One Decision Make a Powerful Impact on Utility Bills and Environment?

Researchers, practitioners, and politicians now have tremendous opportunity and challenges in energy conservation. Amid rising public worries over greenhouse gas emissions and climate change, consumers also appear to be becoming more aware of the value and necessity of sustainable energy practices. However, despite having sufficient knowledge about how to save energy and a professed willingness to do so, many customers still fail to take observable measures toward energy efficiency and conservation.

The 'knowledge-action gap' and the 'value-action gap' are two well-known instances of the widespread disconnect between what people say they know and what they actually do. But neither are financial incentives and the pursuit of material interests the primary drivers of energy usage among households. Although incentives and punishments are meant to sway customers' cost-benefit analyses in favor of sustainable behaviors, they can occasionally elicit unintended and even counterproductive responses from individuals. Weird, right? When attempting to anticipate how much energy a household would consume or how likely they are to conserve energy, neither core values nor material interests seem to be a good predictor. We draw on important findings from the fields of behavioral economics and psychology to shed light on the main cognitive biases and motivating factors that may explain why consumers' energy-related behavior so often doesn't correspond with their own values or monetary interests.

What Can One Decision Help You Save Utility Bills and Environment?

Most individuals accept that they will always have to pay for their use of electricity. Modern life would be impossible without electricity, as it powers everything from refrigerators and stoves to televisions and mobile phones.

As a whole, electric bills have three main issues:

All three of these issues can be mitigated by installing a solar system, which will also reduce your monthly electricity costs.

Saving money on your monthly electricity bill is the primary advantage of installing solar panels. With sufficiently huge solar panels, it may be possible to power a whole house with solar energy alone.

Use the solar energy calculator provided by the Energy Saving Trust to get a rough idea of your potential savings. Your carbon impact will decrease, which is a bonus. According to the Energy Saving Trust, depending on where you live, a typical household solar PV system can save between 1.3 and 1.6 tonnes of carbon annually.

How Can You Make Renewable Energy Your Power?

All renewable energy sources are considered green, although not all renewable energy sources are environmentally friendly. Since the sun will never stop shining, solar power can be considered both renewable and environmentally friendly, as it produces no harmful byproducts such as carbon dioxide. Installing solar photovoltaic panels on your roof is a great way to harness the sun's energy and power your home's electrical needs. Solar panels use the sun's energy to heat water and generate electricity for household usage.

Although solar panels produce more power on sunnier days, they can still generate some electricity even on cloudy ones. To have access to electricity even when the sun has set, the energy produced during the day can be stored in batteries. And under the Government's Smart Export Guarantee, you can sell any unused electricity back into the national grid (SEG).

What Are the Benefits of Going with Solar Energy?

Electricity costs could drop significantly right after installation is complete. The main benefit of installing solar panels on your roof is the reduction in your monthly electricity bill. Installing rooftop panels can reduce your electricity bill by as much as 95%, according to a study conducted jointly by the policy and research group CEEW and the power distribution business BYPL. Using solar panels Orlando, you can directly create electricity with the help of the sun, reducing your need on grid-based electricity and saving you money. You can save a lot of money by cutting down on your electricity bill. As a result, a solar power system offers reliable, cost-effective, and cost-saving service all year long. Having an off-grid system allows you to avoid paying for any electricity at all.

Investing in a property outfitted with solar panels is a surefire way to save money on monthly electricity bills. Adding solar panels to a home's roof will boost its market value just as much as other factors such as a favorable location, low property taxes, and a high Home Energy Rating. Solar-powered homes sell 20% faster and for 17% more money, according to a recent survey.

Power from fossil fuels may be easy to access, but it has devastating consequences for the planet. Installing solar panels on your roof is an investment in a clean, renewable energy source that is good for the planet. The usage of solar energy has zero negative environmental impacts, including on the air, water, or greenhouse gases. The use of solar panels to generate power is not only sustainable but also carbon-free because no harmful emissions are produced in the process. Also, it lessens the demand for limited supplies. No longer will you have to feel guilty about using your renewable, clean power round-the-clock.

Once you've decided on a solar installer, all you'll have to do is buy or lease the necessary equipment and pay for the installation. Shortly, you will be producing your own power! We can be of great help here!

Incredibly little effort is required to set up solar panels. They are not only easy to set up anyplace, but they also make efficient use of both flat and elevated surfaces. Because of its adaptability and scalability, solar power is a highly versatile energy option. Energy from solar panels is a viable alternative in areas where laying electricity connections would be prohibitively expensive or logistically challenging. Installing solar panels allows you to create your own electricity without having to deal with a poor connection or the cost of building power lines.

Just how much cash may be saved by switching to solar power? Producing one's own clean energy allows for significant cost savings. This is because the cost of this type of energy does not fluctuate with the market. In its place, you produce only what you need and sell the excess to utilities. This has been shown to be worth the initial investment despite its seemingly high cost. In addition to having an endless and reliable supply of energy, you won't have to worry about paying anything extra to consume what you produce or deal with any maintenance expenditures. One of the numerous benefits of solar is the money you can save.

When compared to the frequent blackouts and voltage dips that occur with conventional energy sources, this is a significant advantage of solar. Power grid reliability is improved as more solar energy is added from a variety of locations. Overloads and fires won't have any effect on efficiency or power output. We can get more done in less time, with fewer interruptions, and experience less stress overall.

How Will We Help You?

When it comes to installing a new power system at home, solar panel installation in Orlando by Emerald Sun Energy is the finest option. In the right configuration, it can power everything in your house indefinitely. With national and international bodies dedicated to promoting solar power, giving subsidies, and setting renewable energy targets for India and the world, now is the time to invest in solar energy. Investing in solar power as a homeowner is the most long-term solution to all your electrical issues, both financially and environmentally. Put money into a solar rooftop system now for increased savings, enhanced convenience, and a higher quality of life today!