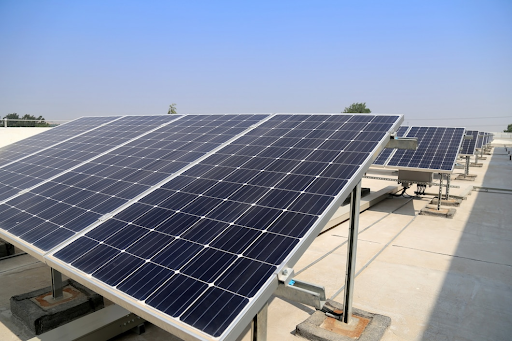 A major incentive for homes interested in switching to solar energy is the federal solar tax credit, sometimes known as the solar investment tax credit (ITC). This credit allows you to deduct 30% of the total cost of your solar installation from your federal taxes, which can significantly reduce the outlay required to have a solar energy system up and running.

We conducted research and analysis to determine which solar power company in Orlando is the best at installing solar panels. This involved looking into solar incentives like subsidies, tax breaks, and net metering. Thanks to the federal solar tax credit, you can save money on your solar installation, and this guide will help you figure out the federal tax credit.

Exactly Why Should You Make the Change to Solar Power?

Electricity from the electrical grid has increased 4.3% in price over the past year, following the general trend of rising prices. Solar electricity, however, is becoming more affordable all the time. In contrast to the national average of 10.6 cents per kWh for grid power, residential solar expenses are now under 8 cents per kWh. The cost of grid electricity is significantly higher in different states. In addition to financial advantages, solar energy also has environmental benefits. Sometimes, the ethical choice is also the most cost-effective choice for consumers.

After calculating how much you save and potentially earn annually, you can divide that figure by the system's total cost to get an idea of how long it will take to pay for itself. How much energy you wish to generate is the primary factor in determining how much your system will cost.

However, you won't have to pay for the whole thing. Through the Federal Solar Tax Credit, the United States government now reimburses 30% of the cost. Although, you should move quickly. Rates will decrease to a final level of 22 percent in 2023, with the program's end coming the following year, in 2024. President Biden's Build Back Better budget proposal includes a proposal to extend the credit, but it has been stuck in the Senate for a long time and is now unlikely to pass. It's also possible to receive sizable rebates or tax credits from the government of a state.

There can be a seven-year payback period in states with high energy expenditures, such as California. It's closer to 10 years in states where electricity is less expensive. We don't see how it could make any kind of sense if you're beyond 10 to 12 years. You're getting free power for the remaining half of the system's warranted lifetime. However, this will result in a slight reduction in your overall power. Solar panels lose between 0.005 and 1% of their output annually due to degradation. That means you can be down to 90% after ten years.

You may always finance or lease if you can't afford to pay for a system outright. As of right now, leases and loans account for 80% of the sale price of rooftop solar systems in the United States.

You should be okay if your loan or lease payment is less than your typical monthly utility cost. If you can afford a system outright, you will save more money in the long term. You have to pay interest on a loan and won't qualify for federal (and possibly state) aid if you opt to lease instead of buy. But even if you don't have that much money, You can still invest in a [solar] system that will start saving you money right now.

The majority of the United States is in a solar energy sweet spot. Almost a hundred million houses might benefit from installing solar panels, and most of them eventually will. While there are many variables to think about, there is a simple process that can help you decide whether or not to switch to solar power. Find out how much money you are currently spending on electricity and how much it will cost to counterbalance that. Then there are the psychological advantages resulting from doing your part to make the world greener.

About The Federal Solar Tax Credit

Depending on how much of the total cost was covered by solar panels, homeowners may be eligible for a federal tax credit. The Federal Solar Tax Credit (also known as the Investment Tax Credit or ITC) was initially implemented in 2005 and has since been increased numerous times.

These are some of the incentives provided by the state:

To the tune of 2.9% to 9.5%, many states tack on sales taxes to what consumers pay. Nonetheless, as of 2017, 25 states, including Arizona, Massachusetts, Maryland, Iowa, Florida, New Mexico, and New York, exclude solar energy installations from sales tax. Solar panels, inverters, battery banks, and labor are all exempt from sales tax under this provision.

Research shows that properties equipped with solar panels from solar company Orlando fetch a higher price. Lower utility costs associated with solar-powered homes contribute to a rise in home value. However, solar residences in a number of states are immune from additional property tax assessments thanks to the state's solar property tax exemptions. In other words, in some places, including Arizona, Connecticut, Florida, Texas, Colorado, and Wisconsin, adding solar panels will not increase your property taxes.

These certificates can then be sold back to utility companies by homeowners who have installed residential solar systems.

How Do Solar Consultants Help You Get Solar Tax Incentives?

Do not confuse a tax credit with a cash refund. The difference between a credit and a rebate is that the latter reduces the amount of tax that must be paid. You may not be able to fully benefit from the credit if your federal tax liability is low or nonexistent.

However, if your tax liability is at least equal to your tax credit, you can use the credit to pay down your tax debt and get any remaining funds after withholding. To top it all off, you can carry over any unused portion of your tax credit to use against future tax liabilities if you don't end up owing the whole amount in the first year (for as long as the ITC is in effect). Have you made up your mind about whether or not to have solar panels this year? You can get expert advice from solar installation company Orlando. You can get a free estimate by filling out the form below.

Now is the time to do it if you've been thinking about going solar and figuring out how to claim your solar tax credit. In order to maximize your return on investment, you should install a solar energy system as soon as possible while the solar tax credit is still in effect.

The federal government's incentives for renewable energy in the United States have been significantly shaped over the years via solar tax credits. By investing in solar, you will be helping to generate employment, build the economy, and save money, all while contributing to the long-term security of the solar tax credit and allowing businesses to keep driving down prices and investing in their own growth.

If you're interested in learning more about how the federal tax credit for solar energy can assist lower your out-of-pocket costs, get in touch with Emerald Sun Energy now for a free design and savings estimate. Installing solar panels is a fantastic way to lessen your home's negative impact on the environment, save money, and put you in charge of your family's energy future. Taking advantage of the Solar tax credit and installing a solar energy system has never been more financially feasible than it is right now.